Today on the UNWAVERING Actor Highlight series we are featuring the fabulous Emily Kelly. 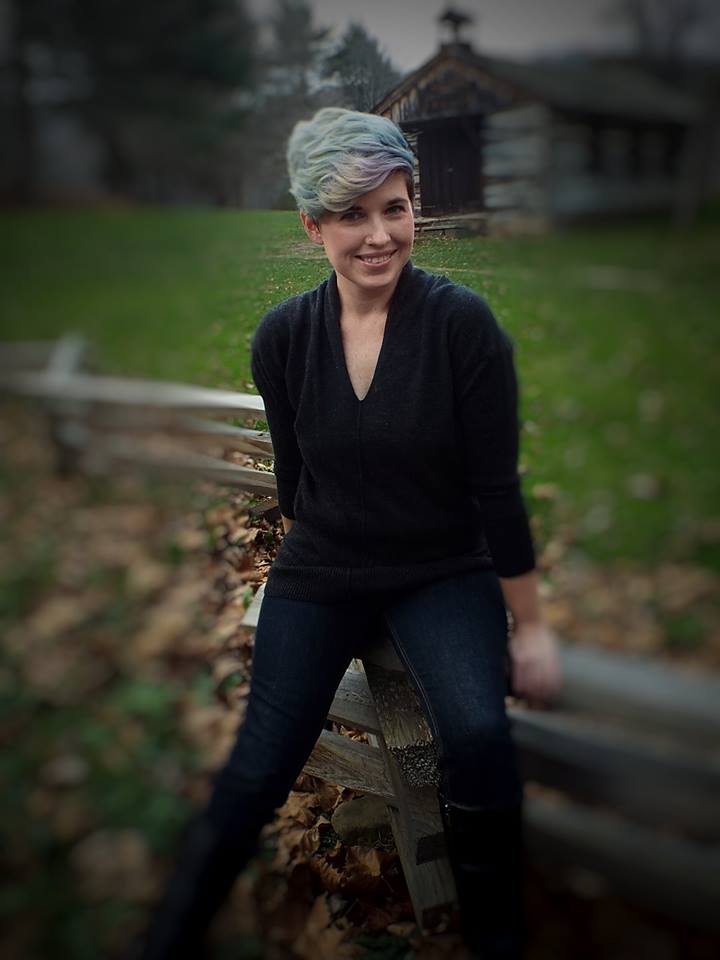 The role Emily played in UNWAVERING was Nicole. Nicole’s character was caring and easily influenced. From working with Emily in Gretchen’s Lock I knew should would be an incredible asset to have on the cast and she did a wonderful job!

Emily has been involved with many projects in the area and has a strong background in theater. She also has been working with fellow cast member, Jason Klingensmith, on Rivals.

To see her work and recent projects you can visit her Facebook page or IMDB page.

Here are the questions we asked Emily:

Emily: My favorite part of filming for UNWAVERING was getting to work with such a talented group of actors. It was cool to get to share scenes with some old friends, but it was equally exciting to get to work with so much new talent, too. There’s such a wonderful network of actors in Northeast Ohio, and it’s always fun to see who you’ll meet and what new contacts you’ll make.

Emily: It’s hard to choose a favorite role that I’ve ever played-Between the stage and the screen, I’ve been fortunate enough to build a pretty diverse resume of characters. I definitely had a good time diving into the role of mercenary space werewolf, FANG, in Renee Ebert’s WEREWOLVES FROM OUTER SPACE. I also had a great time playing the perpetually cranky, Jenn, in Menning Photographic Films’ GRETCHEN’S LOCK.

Emily: My favorite movie of all time is “The Breakfast Club.” I think we’ve all had that moment in life where find ourselves thrust into an unlikely circumstance, with people we never imagined standing alongside. I’ve always wanted to adapt it for the stage, but it could never be the same. Besides, I’m WAY too old now to play Claire.

Emily: When I’m not working during the week or shooting on the weekends, I have a few other things you’ll find me doing. Most days, you can find me at the gym, because I love to challenge myself to be better and stronger. You may find me behind a computer screen, because I’ve been trying to write more. My brain is full of screenplays, it’s just a matter of getting them all out! My favorite thing that you’ll catch me doing, though, is cosplaying with my daughter, Sidney. From DC and Marvel Comics to Star Wars, we love to hit the Comic Con circuit in homemade costumes. I think my favorite, so far, is our recent Deadpool and Cable cosplay at Pittsburgh’s Wizard World Comic Con.

Emily: I think the thing that made me the most interested in acting was the feeling of “home” that I got, from the very first time that I stepped on-stage. I was always a busy kid. I was in the band, the choir, cheerleading, church, academic team-You name it. Although I enjoyed all those things, I never felt the sense of truly belonging the way that I did when I was acting. I loved the rush of having all eyes on me. I loved the idea of being someone else for a time. For a kid who secretly wrestled with the social anxiety of fitting in, it was a time when all my worries disappeared.

Emily: My favorite color has always been pink. It can be soft and feminine. It can be loud and brash. It’s the perfect color for a girl who loves to slip in and out of different characters. My first car was even magenta.

Emily: Without giving away too much, I would have to say that my favorite character in UNWAVERING is the collective unit that the girls in captivity become. You never know how you would handle yourself in a situation like they find themselves in, but you pray that you would handle it courageously and with conviction.

Emily: As I mentioned earlier, there’s an incredibly special network of actors in Northeast Ohio. The most important thing that I can tell actors, particularly ones around here, is that that network can lift you up or it can bury you. You never know who you’re working with, nor do you know who may see what you’re working on. Always approach every job with professionalism. Always be prompt and prepared. No matter how small the project, it could open the door to something much bigger!

Emily’s daughter Sidney even made a small appearance in UNWAVERING.

Thank you, Emily, for being a part of this film! For information about the Grand Premiere of UNWAVERING be sure to sign up for the newsletter here: